A wee bit of info to help you in your journey to discover your Scottish Ancestors and maybe even crack a brick wall or two!

If Your Scottish Ancestor Was Transported 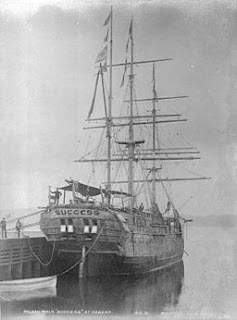 Prisoners who were sentenced to be transported were always tried in the High Court. The High Court is in Edinburgh, but would also travel a circuit to the major cities in Scotland. High Court trials were before judge and jury. In the case of the High Court, the jury consisted of 15 men.

The High Court was responsible for major crimes such as rape, murder or treason.  As well, anyone who was an habitual criminal, a repeat offender at the lower court level, would be tried before the High Court even though their crimes might not be as serious as those normally heard by the High Court. Because of the serious overcrowding of prisons, habitual criminals tended to be sentenced to a period of transportation. This sentence would range from 7 - 14 years transportation to the colonies, which of course, also included Australia.

The court records will tell you:

The National Records of Scotland also holds microfilm files of the transportation registers from 1787 through to 1870. These are chronologically arranged by date of the departure of the convict ship. You will get the name of the convict, their crime, their sentence and in which colony the convict was to carry out his sentence.

Posted by Christine Woodcock at 20:11

Promote Your Page Too